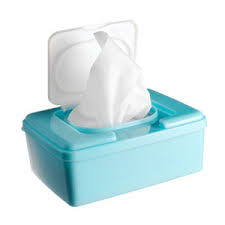 “Progressive Enterprises is recalling several brands of baby wipes from their supermarkets, after they were found to contain a dangerous preservative. They include Woolworths Homebrand, Select scented wipes and Precious flushable wipes. The wipes contain the chemical iodopropynyl butylcarbamate carba mate or IPBC, which was originally used as a paint and wood preservative and more recently in cosmetics. IPBC is believed to cause allergic reactions and is already banned in many other cosmetic products for children. It is unsafe for people to breathe in the vapours of the chemical.”

This recall has awakened many of us mothers to the reality that baby wipes actually contain chemicals. The one involved in this recall is but one of many questionable chemicals considered safe by Australian standards. These are chemicals banned in other countries because of their known toxicity and cancer-causing potential. Let’s remember that Australian standards once claimed asbestos was safe too!

The concern is not simply over a rash the develops after using one wipe it’s about the accumulation of these chemicals in little bodies over time. There was recently a study that showed that it takes on average between 25-30 years for chemicals in cigarettes to directly cause cancer. Babies and small children are being exposed much earlier in life to chemicals than we were.  The harsh reality is that diseases linked to chemical exposure are caused by long-term exposure.

“Of the 17,000 chemicals that appear in common household products, only 30% have been adequately tested for their negative effects on our health; less than 10% have been tested for their effect on the nervous system; and nothing is known about the combined effects of these chemicals when mixed within our bodies. (World Resources Institute, The 1994 Information Please Environmental Almanac.)”

Fragrance – can be made up of 1000’s of different chemicals many which are toxic when inhaled or absorbed through skin.

Pthalates – used to make fragrance last longer – considered to be a reproductive toxin.

Propylene Glycol & Butylene Glycol – Also found in windshield wiper fluid!  The EPA considers them so toxic they say that skin contact or inhalation can cause brain, liver and kidney abnormalities.

Sodium Lauryl Sulfate & Sodium Laureth Sulfate – SLS is linked to skin irritation, eye irritation, rashes and hair loss. Animal studies show eye damage (especially to young), immune system damage and death. It can create nitrosamines which are carcinogenic.  Once absorbed into the skin, it can be detected in your organs for a lifetime.

Polyethylene Glycol – (PEG) –Petroleum ingredient that is carcinogenic and dehydrates your skin.

Parabens –They are strong hormone disruptors and have been directly linked to breast cancer and heart problems. Often listed as Methylparaben, Probylparaben, Butylparaben, Ethylparaben & Benezylparaben.

What are the alternatives?

There are some ‘better’ brands of disposable wipes available in the supermarket but you’ll have to carefully examine the ingredients. There is also a convenient alternative called pure wipes which I just discovered! They come as tablets that you just add water to and then explode  into a 22 x 24cm wipe that can be rinsed out and reused and are 100% biodegradable.

The cheapest alternative is using cloth wipes which you just add warm water to for bum changes or even store damp in a container for out and about.  They can then be thrown in your wash and reused thousands of times!

Product recalls are always a bit scary but let’s use this as a wake-up call to change our buying habits and let these companies know that the use of chemicals that put our babies and children at risk is not okay!