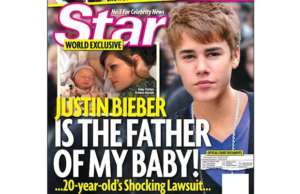 When I speak of the ‘world’ I’m referring to popular culture. The dominant force in our Western society that influences the way we think, feel and what we value most highly.

Recently, I watched a little ABC3 with my 6-year-old. The show was about a group of teenagers who wanted to be superstars and make it big in the music world. I told him to turn it off. Why?

When kids are exposed to a multitude of shows like ‘glee’, ‘young talent time’ and ‘highschool musical’ it introduces and reinforces the concept that the biggest dream kids can have for their life is to become famous.

The life of celebrities dominate our culture – magazines, TV shows, even the news. We idolize them. We’re more interested in their lives than our own neighbours. I used to enjoy watching the news in the morning until I realized that it contained very little ‘news’ and more stories of wild celebrity lifestyles or film clips of dancing cats. It’s very difficult to get an accurate world view these days when so much of what we hear and see in the media is basically fluff.

The lives of international celebrities are often filled with infidelity, drug and alchohol use, crime, divorce, corruption and wild living. To be fair, they have challenges that ‘normal’ people just don’t have. And for these reasons and more, I don’t want my son’s or daughter aspiring to be nothing more than a celebrity.

The ‘celebrity’ influence generated by popular culture doesn’t inspire kids to be themselves, it inspires them to be like someone else.

The dream of ‘fame’ is unrealistic and unattainable for most people and can leave them falsely believing they failed or never reached their potential. We should be encouraging our kids to discover their unique giftings and who they are and how everyday, even as little people, they have the opportunity to contribute something meaningful to the world.

What can we do as parents?

As parents, we need to be sure that outside influences support (not oppose) the kind of values we are trying to instill in our children. We need to have our eyes wide open as these influence can easily find their way into our homes and lives.  If they oppose us – we need to get rid of them even when other people don’t always understand or agree.

I may be a party pooper who has said no to these types of TV shows for now but I believe they may influence my child’s developing sense of self in a negative way. I would much rather my kids aspire to being a scientist, a lawyer or a teacher if that is what they are gifted to do rather than aspire to a glamorous life of the rich and famous that I know might be fun, but will ultimately disappoint.

Why can’t someone make a TV show that glorifies being smart instead of attractive or encourages kids to take an interest in science instead of surfing or create a show that inspires kids to be themselves and encourages them to dream big for their future?

If this happened, I might just change my mind!