Okay. I’m one of those parents who placed my firstborn son in front of educational DVD’s before he could hold his head up.  I thought I was doing the right thing – making him smarter and helping him reach his potential.

Oh how things change. Today, there is no way I will inflict my daughter to the over-stimulation of creepy puppets and synthesized Mozart. Why not? Is it because I don’t want to her to reach her full potential? To be smart? Successful? No. It’s because I I know that wanting my child to get ahead, to be smarter than everyone else and to be the best is not only unrealistic it’s also unhealthy.

My baby is smarter than yours….

The push to give kids the best start begins early with comparing our babies development. We want our babies to sit up and crawl first. We make mental notes about what is happening with other people’s children. Who has shown an early talent for music? Or created an impressionistic rainbow at preschool? Who’s son has the most friends? Who’s daughter has the prettiest hair? Our pre-occupation with comparisons drive us to want to make our kids the best at something.

What’s wrong with wanting our kids to be successful? 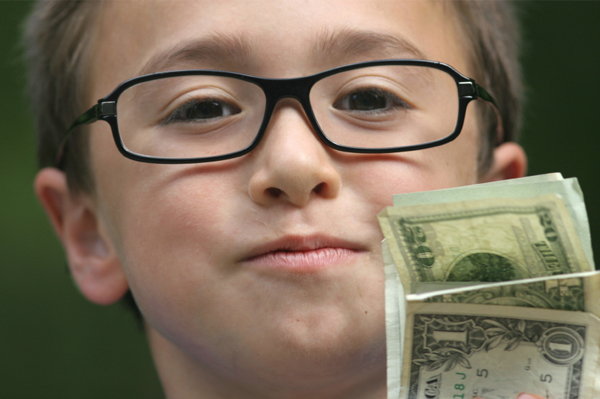 Well, it depends on how you define success. Most people believe a success is someone who has risen to the top and is better than others either through position, power, or money. Our personal definition may be different (and I hope it is!) but that’s how most people see it.

If my son becomes a doctor then people will see him as a success, but what if he becomes a cleaner that earns minimum wage? Not only will he bear the brunt of people’s judgement as they peer down the ladder of success –  so will I! What ever happened to Tara’s son? Oh, he cleans toilets at the local school. Can you see the looks of horror or the giggles or the inner gloating? He may become an amazing husband and father who is full of love and compassion for others but no one cares because he doesn’t define ‘success’. He may be the only person who makes time to chat with the lonely, fat kid at the school where he cleans the toilets. He may always have a kind word of encouragement for the teacher who is feeling burnt out and weary. He may always stop to help someone whose car has broken down. He may grow to be a person of kindness, compassion and integrity but he won’t be seen as a success.

The sad thing is, as a parent, I could easily see my hypothetical son as a failure too unless I shift my focus to what is more important.

Are we trying to build a success? or a human being?

What is more important – that others define our children as successful? or that they grow up to be a decent human being?

We have more money and time (yes time) to spend on our children than any other time in history. If our child shows an interest in tennis – we get them coaching. If she likes dancing – we send her to dance classes. We buy the best shoes, the best equipment, the best books to help our kids be the best they can be.

It’s not that activities, classes and coaching are bad. It’s just that we are influenced by popular culture to value achievement and success above character. The end result is high-achieving kids that lack manners, integrity and compassion.

Isn’t it crazy to think that the rich entrepreneur that treats his employees like dirt is considered a success purely because he makes lots of money? Or the actress who is superficial, unkind and pointless (is that harsh?) is deemed so successful she attracts both our attention and our jealousy?

Our kids won’t be the best….at most things! 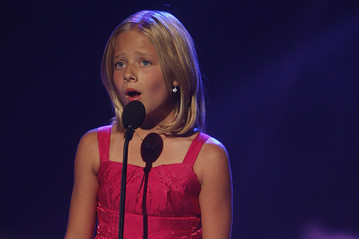 Photo from the wall street journal

We want our babies to walk and talk first. We want our kids to come first in the relay at sports day. We want them to top the class in reading. We want them to be the best on the basketball team. The unfortunate reality is that the odds of my child becoming the next Lleyton Hewitt are about a million to one. The odds of my child becoming the next winner of Australian idol is even higher. We are living in a fantasy land that will leave us constantly disappointed and our children feeling as if they have failed – like they will never be good enough.

That’s not to say our children aren’t special. They are. But they are special and valuable simply because of who they are not what they grow up to do.

It’s also worth noting that if we think we are sacrificially doing this all for our children we are fooling ourselves. Part of us wants our children to be successful so we feel that we, ourselves, have been successful.

If nice kids finish last – then bring on last place!

I once read that the best thing we can teach our kids is not how to win but how to fail. We can teach them that who they are is not impacted by whether they win or lose, come first or last or whether the world defines them as a ‘success’.

I’d like to think we can find a balance in our parenting and nurture our kids natural gifts and abilities whilst building their character. I know that I’ve often placed too much emphasis on what my kids do rather than who they are. My most important role as a mother is to take the time to instill values in my children not just send them off to master the skill of hitting a ball over a net.

I want to build my kid’s character before I build anything else.

So, if one of my son’s does happen to grow up to be a doctor – then at least you know he’ll be a nice one!

What do you think? Do we focus too much on success these days?