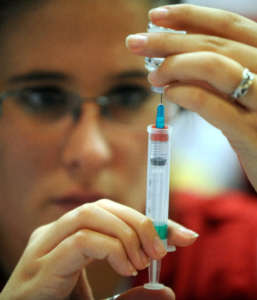 Is it any wonder there’s a growing movement of cynicism when it comes to the pharmaceutical industry?

GlaxoSmithKline is a multi-national pharmaceutical and consumer health care company that has recently been found guilty of selling inadequately tested / ineffective drugs to vulnerable people with depression resulting in their death from suicide.  They have also been charged with the illegal promotion of medicines. They were found guilty of bribing doctors to prescribe anti-depressants and anti-anxiety medication to children despite the fact these were not approved for use – Read the full story here. But what more could we expect from the company that fooled us for years into believing that Ribena contained 4 times the amount of vitamin C than oranges when it actually contained none?

Despite this and other scandals including the death of 14 children in the third world pressured into participating in GSK’s vaccine trial, people continue to criticise those who dare to question whether drugs are always necessary and parents who make an educated decision not to vaccinate.

Who do we trust to give us advice?

In fact, if they make so much money out of our sickness I often wonder if they really care about our wellness?

Do these pharmaceutical companies actually care whether their medications make us sicker in the long term? Or that many of them have nasty side-effects that need to be treated with more medications? Or….that a small amount of children are permanently damaged or even die as a result of their drugs or vaccines?

These are questions we need to ask.

Australia’s most trusted pain reliever……or is it?

GlaxoSmithKline also make panadol. We’ve all seen the TV commercials with scenes of the stressed out mother and crying baby in the middle of the night. If we have babies we can relate to the frustration of not knowing exactly what’s wrong. Are they teething? Do they have a virus? A fever? This clever advertisement draws us in by making us feel like they know exactly what we’re going through and offer us a solution – Panadol.

Advertising tries to convince us that Panadol is the best way to combat a fever. It’s not.  A fever is our bodies natural way of fighting an infection. The over use of Panadol means we are interfering with our immune system and it’s natural ability to fight viruses. Panadol may reduce the fever but in doing so may prolong the illness.

Children’s Panadol also contains nasty chemicals like preservatives and artificial sweetners. Coal tar anyone? Legally GSK don’t have to declare all their ingredients so who knows what other nasties lurk inside those Panadol bottles.

The most natural way to help a normal fever is leave it alone – except for in these circumstances or if your instincts tell you to get it checked out. Alternatively, there are plenty of  natural ways to treat a fever in children.

This company makes the vaccines we use in Australia

Run for the hills!

GlaxoSmithKline make billions of dollars out of our choice to vaccinate.

Okay. The reality is SOMEONE has to make vaccines – it’s just unfortunate that the company that provides these for our babies and children has a really bad track record. They are a company that has shown they do not act in the best interests of public health or safety.

In 2012 research discovered that the whooping cough vaccine made by GSK was found to be ineffective. A GSK spokesperson openly admitted that they had never actually tested the vaccine for length of immunity. Although this article is from a prominent anti-vaccination site it contains some interesting and reputable sources.

I realise this isn’t a popular story. I know some people may mistakenly take me for a conspiracy theorist. I’m not. I just like to ask questions and yes, I’ll admit to growing in my cynicism towards the pharamceutical industry.

I hope this blog creates an awareness of how important it is to question the motives of people who are selling us a product whether it be nappies, food or over-the-counter medicines. We also need to understand that there are many health care products out there that aren’t safe or effective.  We can’t assume that because it’s being sold it is adequately tested or safe.

Advertising doesn’t always tell the truth and it certainly doesn’t tell us the full story.

So, can we trust GSK in the future?

I’m going to quote Dr Phil believe it or not and say that the best predictor of future behavior is past behavior. If GSK have done this before then the odds are they will do it again.

We need to keep our eyes wide open and be bold enough to ask the right questions.