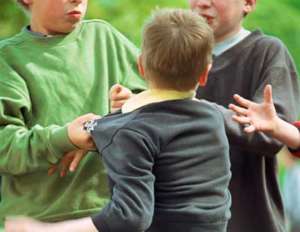 I recently spoke with a school teacher who was looking forward to retiring. After a little probing she reluctantly admitted that she wasn’t enjoying teaching anymore.  She said, “kids these days have little respect for adults and each other. They just aren’t very nice kids”. Sadly, I agree.

What is happening to our kids?

Why does it seem that every second story in the media is about bullying? Is it all hype or is something going horribly wrong with the next generation and if so, who is responsible? And what can be done to fix it?

Some argue that bullying and nastiness amongst children is just human nature. I agree but it doesn’t mean that I sit idly by while my child dominates, manipulates, mistreats or falls victim to another child’s unkindness. I’m the parent. My child is MY responsibility and it’s MY job to teach them how to treat others.

I can’t change another child’s behavior  but I can help change my own. So that’s where I’m going to start. I’m going to go against cultural norms and try and raise kind, compassionate & thoughtful children who learn that it’s okay to come last and it’s okay to be themselves even if that means being different.

Am I living in fairyland? Possibly. But I like it there – it gives me hope!

My son wasn’t bullied. Our decision to homeschool was for many reasons but a large part of it was that school was not a positive environment for my son. Kids were mean. The things my son told me and that I heard from other parents disturbed me. I saw it in action. I also witnessed parents manipulating the social situations of their children by excluding others; including my son.

I saw parents so desperate for their kids to be ‘cool’ and ‘popular’ that they didn’t discourage their child’s controlling and nasty behavior or confront it.  I watched painfully as a child stood out the front of the classroom and gave Christmas cards to every single child in the class except my son. Later my son confronted the little boy and was told “I wanted to give you a card but my mum wouldn’t let me because she doesn’t like you”. I confronted the mother who quite openly said she didn’t like my son because he was smart.

This was not the kind of environment that I wanted my child to endure. His self-esteem suffered. He was miserable. Part of me felt he needed to toughen up but the other part of me believed it could destroy him. He might end up tough but would he really just be learning to play the game, to cope, to hide his hurt feelings behind a superficial exterior. That’s not resilience – that’s a crushed spirit.

So, why are parents to blame for bullying? Because values begin at home.

Parents are allowing the world (media-drive popular culture) to parent their children without realising. Our children learn more from TV than they do from us. Their values are shaped by advertising more than we care to realise. In order to raise children with strong character and values we  need to pro-actively create a counter-culture in our homes where we actively discuss what we see in the media, on TV or at the shops. Kids need to know what advertising is, that clothes don’t define them and they don’t need a spray tan when they’re 9.

We need to teach our children the right way to behave in social situations not just tell them off for the wrong behavior. I know so many times I’ve said to my kids “Don’t hit your brother” or “Don’t throw sand at your friend” and then wondered why they continued to do so. Kids need a positive parenting approach where we actively teach them the right behaviors such as how to be generous, kind, patient, considerate, polite or compassionate.

How do we do this? Through talking. We don’t need to completely cut our children off from popular culture – we just need to be prepared to talk about it. The danger is when we let it infiltrate our lives and homes without stopping to question or understand its influence. 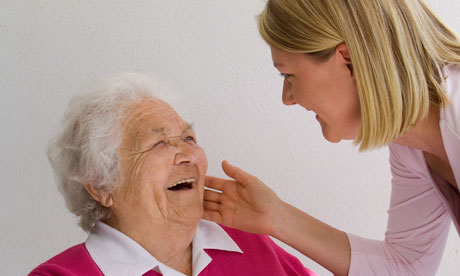 My son once asked me why I’m always so nice to people I don’t know. I told him that all people (even weird ones) deserve our respect and we should show love to all people even when they don’t deserve it. I pointed out that some people might be lonely or sad so smiling at them, holding the door open or stopping to have a quick chat can make them feel better. I know I learnt this from my own mum who I watched as a child treat everyone the same regardless whether it be a friend, a salesman or a crazy person on the street asking  for money.

Our children learn from us. We need to set the example.

If kids see parents being judgemental, callous and rude towards others then they learn those behaviors too. It’s not surprising that some schools have a culture of bullying – just look at the parents and observe how they treat and talk about each other. If kids hear adults constantly gossipping, criticising, complaining and  judging others and behaving as if they are superior to ‘certain types of people’ then they learn the same.

A friend once suggested a way of teaching values at home is to role play with teddy bears or dolls to show children an example of kindness, compassion, even manners like please, thank you and I’m sorry. A great idea as long as we also remember that we are the most important role models. Our children are mini reflections of us and sadly, sometimes it’s not a pretty picture.

My children aren’t perfect and I take responsibility when I see undesirable behaviors in them because it means they need more guidance. Kids will naturally test boundaries and behave selfishly because that’s just what kids do. This is why we need to intervene. This is why we need to parent them and parent with purpose and with the end in mind.

Are our children unkind? Then we need to teach them to be kind.

Are they rude? Then let’s show them in our interactions how to be polite and respectful.

Do our children manipulate their peers? Then help them to understand how their behavior affects other people.

As parents, we need to take back control and responsibility for our children and stop wasting time blaming schools, governments and other parents. Let’s look at ourselves first and be the change we want to see in the world.

Kids and bullying – Do you think parents are to blame?