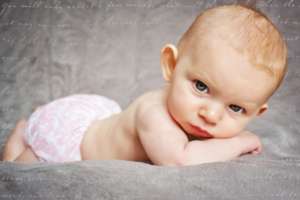 The great down under cloth nappy hunt begins this week and goes for the month of September. It is a fantastic way to support some work at home mum’s and indulge in some guilt-free ethical shopping.

Why do I talk about modern cloth nappies on my blog? Because for me, that is where MUMmedia began….

When I first considered using cloth for my babies it lead me to some interesting websites and blogs. My eyes were suddenly opened to the true cost of convenience items (like disposable nappies) on the environment and on our health. I then began to question why my choice to use modern cloth nappies stirred up such strong (or at least awkward) responses from other parents. Why was my choice to do something a little different so seemingly confronting?

After I started using cloth nappies I considered why I hadn’t thought to question disposable nappies until now. How many other choices was I making in my life (and parenting) that were simply because they were cultural or mainstream? I suddenly felt challenged about my shopping addiction and how much money I spent (wasted) on products that I felt I needed (that I didn’t). I questioned why parents like myself spent so much money on designer clothes, educational games, classes and activities for their children. Do kids really NEED this stuff or would they be happier with less?

I discovered that so many of the choices we make as parents are influenced by our industry-generated popular culture which includes the media and advertising. So many times we do the opposite of what comes naturally to us because somewhere we’ve been taught there is another way – a way that normally involves buying a product.

I see the return to a more natural or attachment style of parenting as a direct response to the un-easiness that blindly following (popular) cultural expectations has created for some parents. Asking these questions lead me to co-sleeping with my baby, wearing my baby and actually enjoying my children rather than seeing them as an inconvenience. This questioning even lead me a few years later to question mainstream education and to withdraw my children from school to homeschool them…and it all began with the simple choice to use modern cloth nappies!

Who would’ve thought my simple choice to use modern cloth nappies would take me on a journey of questioning the way I parent and why?

So nappies, yes nappies, are very close to my heart.

They have taken me to places I never dreamed and to a style and philosophy of parenting that I love.