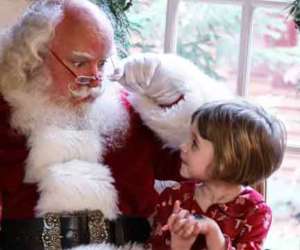 This week I taught my children about St Nicholas. You know the one? Jolly old St Nick with the white beard and red suit that lives in shopping malls? Nope. Santa Claus, Father Christmas or whatever he’s called in your family has come along way from his humble orgins as St Nicholas and sadly, those origins tell a pretty cool story that most of us are unaware of.

St Nicholas was a man who lived during the third century near Turkey. When his parents died in an epidemic he used his inheritance to give to the poor.  He dedicated his life to serving the poor, the sick and the forgotten.  The most beautiful thing about St Nicholas was that he didn’t seek to be recognised for his generosity and did so in secret, often in the middle of the night delivering provisions and gifts to those he knew to be struggling.

Somehow the story of the kind-heared generous spirit of St Nicholas has been transformed into a fictional character, Santa Claus, who represents consumerism rather than compassion.

St Nick inspires generosity and compassion whereas Santa Claus only inspires greed and self-centredness. We’ve clearly come a long way in forgetting any notion of a Christmas that possesses a deep, powerful meaning. 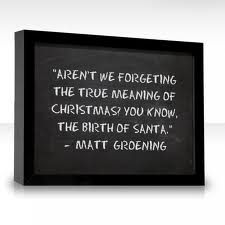 How to avoid being consumed…..

We can make Christmas about family traditions rather than shopping by simply changing the focus. Sometimes we naturally focus on all the shopping we have to get done instead of what truly matters. I don’t know about you but my children don’t exactly love the crowds and frenzied shopping atmosphere of the Christmas rush, they would much rather be home baking gingerbread or making Christmas craft!

2. The real meaning of Christmas

Regardless of whether you are a Christian, everyone believes that there is a real meaning of Christmas.  For our family that is the birth of Jesus but for others it may simply be about family togetherness. Cling to that meaning! Make Christmas about something that actually means something.

If we are organised we can avoid spending too much of our time at the shops.  Do some window shopping online or even shop online! Make lists and plan for gifts instead of aimlessly wandering hoping the perfect gift will just appear.

This year my husband and I joked that this will be a strictly “No k-mart Christmas!”. What it really means is that we are setting our standards a little higher and trying to avoid the cheap, thoughtless last minute K-mart gift. Oooh, this pair of slippers is only $3……mum would love them…or would she?

Shopping is unavoidable but it doesn’t have to define those precious pre-Christmas days with our children. It’s definetly a challenge but we can limit our time spent shopping and make more time for things that have value.

Every year I aim to be “less consumed” by the meaningless Christmas fluff and instead be consumed by something that has true value and that is my prayer for everyone this Christmas!